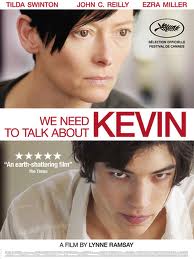 Finally a review not only for a book that has already been published, but for one that’s been around for a while. I seem to be late to this particular party.

Before it was accepted for publication, Lionel Shriver’s dark and provocative book, We Need To Talk About Kevin, was rejected by over 30 publishers. They objected that the narrator – Eva – was ‘unattractive,’ and that no one would want to read about a mother who failed to form a bond with her son, who, in fact, disliked him. 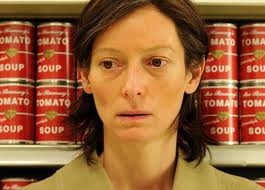 Indeed, it’s not an easy book. Apart from picking apart traditional ideas about motherhood, the book is ultimately about the brutal, cold-blooded, and premeditated murder of 7 high school students, a teacher, and a cafeteria worker by one, 15 year-old Kevin Katchadourian.

Unlike other fiction books on the subject of high school killings – like Jodi Piccoult’s Nineteen Minutes – We Need To Talk About Kevin doesn’t try and make us understand the killer’s viewpoint, painting him as an outcast, a victim of school bullying who is lashing out at his tormentors. Instead, Shriver asks whether parents can be blamed for their children’s actions. Are you born a psychopath? Or does your upbringing make you into one? Is it Eva’s bad mothering that causes Kevin to become a mass murderer?

Despite all this, the book became a sensation. With an initial publicity budget near zero, the book started by selling slowly, until word of mouth turned it into a US, and then an international, bestseller. Then in 2005, it won the Orange Prize for fiction and now the film adaptation is the star of this year’s Cannes Film Festival. Everyone, it seems, is talking about Kevin.

Is it just the shocking and appalling content that has people hooked? Apparently not. Shriver’s prose is not only finely-honed and polished, it also often richly poetic. Her attention to detail is legendary and is used to great effect in the novel. I have read complaints that the book reads as if Shriver sat down with a thesaurus and used it at every opportunity, but I associated her wide vocabulary more with a need to be exact than a desire to show off. Perhaps that’s because I imagine I would write similarly myself. Her characters might not be likeable – Kevin is truly disturbing and Eva resolutely refuses to bow to our expectations of her innate, maternal core (which troublingly I didn’t take issue with at all, I might hate a child like Kevin too) – but they are compelling, and despite their strangeness, somehow feel vividly real. In short, like the film, the book is compulsive and chilling, and if you are disquieted, you are also unable to stop. 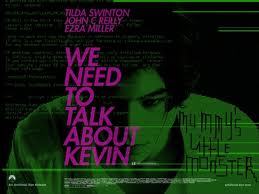 One wise reviewer has said that Shriver forces her readers to look inside themselves and then run away from what they find. It’s true, the book presents some uncomfortable truths to its reader, not just about juvenile murder, but also about motherhood and nature versus nurture. It breaks taboos and deals with difficult, complex issues in fine, highly literary language, and (perhaps most worryingly of all), refuses to give the readers an easy answer on who is to blame for a child’s murderous actions. As Shriver says, the verdict is up to the reader. One thing is for sure, it seems we must, indeed, talk about Kevin. 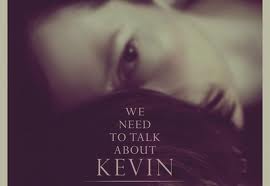